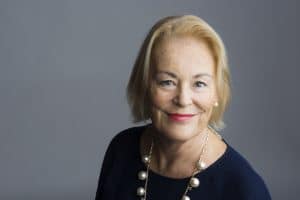 Anita is a highly trained and experienced psychologist and psychotherapist.  She works with adolescents from 12 years, adults and couples.  She has been in private practice in Ireland since 2006  and recently spent two years working as a therapist in Singapore. She is now based in County Wexford where she conducts her private practice. In addition, she offers online sessions to clients from afar.

Initially Anita trained as a nurse in St. James` Hospital, Dublin.  She has lived and worked in many countries and had a Director of Nursing role in the UK prior to working as a psychologist.

Anita earned her Psychology degree in Oxford Brookes University and then worked as a psychologist in the National Health Service.  She obtained a Doctorate in Counselling Psychology and Integrative Psychotherapy from the Metanoia Institute (London) and Middlesex University. She has taught psychology at university level and has been a psychotherapist trainer.

Anita considers herself privileged to be able to work as a therapist as it is something she really enjoys. Her skill set is diverse which enables her to tailor sessions to the individual person`s needs.  Anita has been trained in many different therapies including but not exclusive to Cognitive Behaviour Therapy (CBT), Mindfulness, Solution Focused Therapy, Systemic Therapy, Gottman Marital therapy, Acceptance and Commitment Therapy (ACT).

What others say about me…

From the moment I sat down with Anita I felt relaxed. She is an attentive listener, very kind and professional.  We managed to talk easily about things that I was finding difficult to explain to myself – she easily found the words. My relationships with my family, colleagues and friends are now much better as a result of the skills I gained about how to be assertive.

I had been on anti-depressants for many years and thought I was depressed.  I was refusing promotion, living like a student in a bed-sit and never had been in an intimate relationship. I was very unhappy and felt `stuck`. Thankfully a friend recommended Anita to me and she quickly realised I was suffering with OCD.  It was such a relief to know what the problem was and to know that I could rectify it.  It was hard work but thanks to Anita`s expertise, I am now completely OCD free. I have since accepted promotion at work, bought a house and am happy to be in a relationship.

I was referred to Anita by my GP. Thanks to the psychological tools I acquired in our sessions I no longer struggle with anxiety, stress and anger. We only had five sessions but what a difference they made to my life!